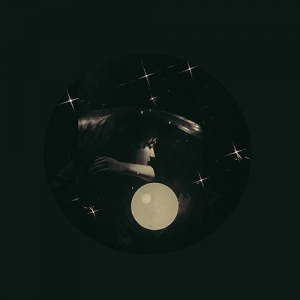 Salami Rose Joe Louis announces Chapters of Zdenka – an offshoot collection of music from her 2019 Brainfeeder debut Zdenka 2080. "Peculiar Machine (Georgia Anne Muldrow Remix)" comes as the lead single of the new project, which will be available both digitally and as a limited edition cassette on December 11th.

It's a highly personal, intimate suite of tracks recorded by the Bay Area based vocalist, songwriter and producer (real name Lindsay Olsen) during the sessions for her 2019 album Zdenka 2080. Remixes by the Grammy-nominated Georgia Anne Muldrow and Dakim (Leaving Records) complete the package.

Zdenka 2080 – a complex and highly conceptual record touching on soft focus dream pop and cosmic jazz – described a future dystopian Earth in the year 2080 that has been mis-managed by unethical governments and corporations. For this, Olsen drew inspiration from a series of apocalyptic sci-fi novels by Octavia Butler and Gene Wolf in addition to movies such as Tekkonkinkreet and Embrace of the Serpent. Musically her influences ranged from musical giants Shuggie Otis and Herbie Hancock, composer, bandleader and all-round visionary Raymond Scott, plus the likes of Stereolab and Flying Lotus. The Line of Best Fit proclaimed it "disorientating and fascinating" whilst Bandcamp described "a sweet journey into a world of pure imagination" and charted it in their Best Albums of 2019.

Salami Rose Joe Louis says about the project: "Chapters of Zdenka is a collection of songs that I wrote around the same time I was working on my most recent album Zdenka 2080. The first half of the record contains songs that I wrote as a form of therapy, so many of them are like diary entries. They talk about the fear of losing one's mind and the confusion of having an overactive imagination, also the sadness surrounding the conditioning that many females experience and the desire to unlearn this conditioning.

"One of the main points of Zdenka 2080, was to express that an artist has a responsibility to create positive imagery to influence the world in a positive way. Zdenka, the artist figure, was very trapped in her own head and thoughts and thus, couldn't step outside of herself to see how her actions and art negatively affected her surroundings and the earthlings around her. You could say this album is the egocentric, depressed, self-sabotaging side of an artist... trapped in their negative thoughts, self-pity, fantasies and loneliness.

"So you may ask, why release such a thing into the world? Well, there are a couple reasons. Firstly, I think everyone has multiple sides and in this perfection-oriented society (perfect image, perfect social presence) I realized it is important to be truthful with the vulnerability that comes with trying to figure yourself out. This is a heavy world we live in and if this album's expression of vulnerability can provide even just one person a little bit of comfort, I will be happy to have put it out. Secondly, I love listening to sad music, so hopefully some people will enjoy these melancholy tracks."