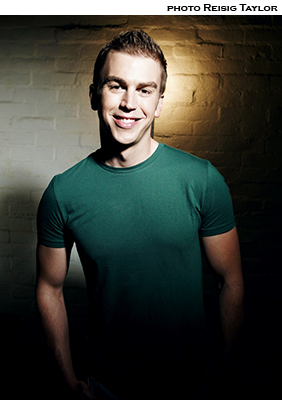 Spencer Day’s emergence on the Billboard jazz charts with his 2009 Concord Records debut Vagabond reflects the expansive boundaries of the genre. Incorporating classic jazz, pop, soul, folk and the influences of composers ranging from Cole Porter and George Gershwinto Joni Mitchell and Paul Simon, the Los Angeles based singer/songwriter—who launched his career in the early 2000s as standards singer—has fashioned a fascinating hybrid vibe.

Chronicling a very personal yet ultimately universal journey through every stage of a life changing, heartbreaking romantic relationship, Day’s new album The Mystery of You finds him coming to terms with his own demons in colorful musical settings that range from smoky noir, Latin jazz and Ennio Morricone film scores to 60’s pop, surf guitar and Middle Eastern and Asian textures. Over the course of 13 tracks, we see a masterful musical Vagabond at work.

JazzMonthly: Vagabond put you on the map for most people, but your 2004 independent debut album Introducing Spencer Day is more obscure. What was that album like and where were you in your career when it was released?

SD: That album was my first time in a recording studio and, as the title indicates, introduced me a in a lot of senses, mixing some original songs with familiar standards by Gershwin, Hoagy Carmichael and others. I also included “Green Leaves of Summer” from “The Alamo” whose music was written by Dmitri Tiomkin. The arrangement was a cool mix of bossa nova and Depeche Mode. Whatever we got to on the day we were recording tracks for my first album is what we did. It was all over the map, but it was a portrait of where I was in my life and what was influencing me at the time. I was at the crossroads of strictly doing standards and beginning to write original material. My career was interesting in those days, having come from my first gigs in dive bars and retirement homes to cool clubs like Bruno’s and Plush Room in San Francisco, where I was living at the time.

JM: How do you feel Vagabond and now The Mystery of You are different from that first album and your follow-up EP Movie of Your Life? How have you grown as an artist and performer since then?

SD: I think I’ve become more comfortable in the studio. I can hear a better vocal delivery. Recording has become easier for me, but it’s still not the most natural medium for me because it’s such a different environment than a live performance. I’m more comfortable on stage. Recording in a studio, it’s hard to imagine who the music will be reaching, but live, the audience is right in front of you and there’s an energy exchange that is the complete opposite of a cold and sterile vocal booth where you’re trying to summon up the right feelings and emotion for the song. These days, they can make anything sound perfect in the studio and some of that spontaneity can be lost – but as I’ve gotten older I’m learning how to bring that live feel and spontaneity to the recordings. Which is a challenge because part of what I do live is add a storytelling element that takes the audience on the journey with me from song to song.

Overall, I like to think my artistic growth between my earlier work and these last two recordings is directly related to my personal psychological growth. That growth is due to the amount of work I’ve done on myself as a person. Like a lot of people, I had a lot of personal demons and would let self-doubt get the better of me. The Mystery of You is hopefully a testament to how I am trying to overcome these demons. I honestly don’t have the answers but I’m happy to invite people along as I ask the questions.

JM: “Till You Come To Me” was inescapable on smooth jazz radio stations for months and you also opened for Mindi Abair and opened a Smooth Jazz festival at the Hollywood Bowl. Yet your style is sort of eclectic and jazzier than the more R&B oriented vocal fare that typifies the format. How do you define what you do and do you call it jazz?

SD: If I’m at cocktail party and somebody asks this, I still have no perfect way to describe myself as an artist. One thing I feel good about is my diversity as a songwriter. I have been writing lately with some great Music Row songwriters in Nashville, and those country guys were telling me they weren’t sure what I was doing on the radio but they sure liked it. My success in smooth jazz has been surprising, but I think programmers and listeners are responding because it’s not like everything else. In my writing and singing, I pull a lot from the Great American Songbook and jazz greats like Charles Mingus, Miles Davis, Ella Fitzgerald and Chet Baker. Those helped form my musical sensibilities, but The Mystery of You is just as much about my love for Dusty Springfield, Roy Orbison and Amy Winehouse. It’s such a big cross section of music that I never just call it jazz. As a songwriter, though, my role models are Cole Porter, the Gershwins and Rodgers & Hart, who wrote songs that jazz musicians would stretch and improvise with. Being on a jazz label and having my music marketed through a jazz lens is both a blessing and a curse because so many people don’t know exactly how to define it. That’s when I look to artists like Norah Jones, Diana Krall and Joni Mitchell who incorporate jazz but go beyond it. 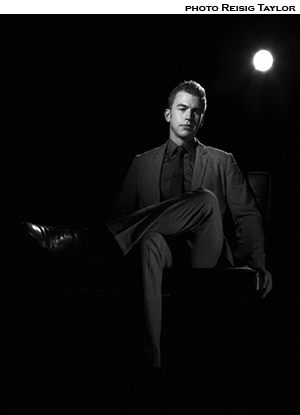 JM: “Until You Come To Me” was a sad, longing love song and you seem to have expanded on such themes on some tracks of The Mystery of You. I know there’s a pretty heavy emotional story behind the new album. Can you take me through it?

SD: I was terribly in love with someone and still am in many ways. The relationship didn’t work out as they often don’t, but I had a complete nervous breakdown. I was crying one day and couldn’t stop, and I was nearly suicidal because it was one of the toughest things I had ever gone through. The heartache brought on big mood swings after this breakup and I was later diagnosed as bipolar. It was a wonderful thing to realize that the reaction I was having was not normal and that something was chemically off. Even the most well grounded people can lose their mind during a bad breakup, but it was a relief to learn I also had a physical problem that could be treated. I did a combination of Western and Eastern medicine, engaging in Chinese medicine, changing my diet and doing meditation and yoga as well as meds. I learned to take care of myself and while my bipolar disorder caused this crippling period of depression, I realize this is a never-ending journey.

So the main challenge of The Mystery of You was about learning to forgive the other person and forgive myself for what I didn’t know was actually going on inside me that contributed to the demise of the relationship. I often wonder what it would be like to meet that person as the healthier person I am today. We were two people without the skills to communicate. On top of the chemical imbalance, it was the first time I had really let someone in my heart for many years. The album emerged from that pure grief, mourning this relationship and all others in the past. There’s a loss of innocence, but hopefully I gained insight and wisdom and am more grounded now. This record is about coming back to loving myself by documenting the different stages of the relationship—from infatuation to head over heels to doubts, suspicions, the breakdown, the aftermath and the healthier breakthroughs at the end. It’s about what I learned about myself, and sharing that so that others may see their own lives in my story. Ultimately, I want to come out on the other side and encourage others to do that. But again, there are no concrete answers, just the moments along the wild journey. The main thing I learned while doing the album was that I still have a long way to go and a lot more growth and art to create – and that is a wonderful thing.

JM: A lot of contemporary jazz singers would take the way out and simply cover standard songs related to these feelings. What are some of the things you enjoy about being such a creative songwriter?

SD: I have been thinking that in the next year or two, I would like to record some unconventional standards, actually! But the main thing I enjoy about writing my own material is the freedom it gives me to be more than a crooner, which is a very limiting term. When you just do standards, people have distinctive ideas what your repertoire is supposed to be. As a singer/songwriter, I am able to explore many different places thematically and musically and my fans seem to appreciate my role as tour guide. I’m really excited that they are so willing to go with me as I stay open to new means of expression.

JM: Along those lines, you incorporate a lot of new elements from Middle Eastern and 60s Bond riffs on the title track to Roy Orbison on “The Answer.” There’s also some surf guitar and Asian influences. Can you tell me what all the unique musical touches are and how you felt they helped convey the songs’ emotions?

SD: I think it’s like when a painter throws a splash of red onto a painting to reflect a certain feeling. I pull elements from music that makes me happy, fully acknowledging that all art comes from somewhere else. I think my Middle Eastern leanings come from my childhood growing up on a farm in Utah, dreaming of traveling to exotic places. Movies and songs I loved could also teleport me to these realms, and I’m just taking the opportunity to extend that to the production of my albums. I think that’s what all artists do – take bits of information that move us and compile them all together to create a unique hybrid. It’s all about using them to color the emotion of the lyrics in a way that allows me to best express myself. You never know if the world will see your inner landscape and the universe that is inside you, but as an artist you have to try. Ultimately, though, the mystery is that what you are trying to describe is ultimately indescribable. 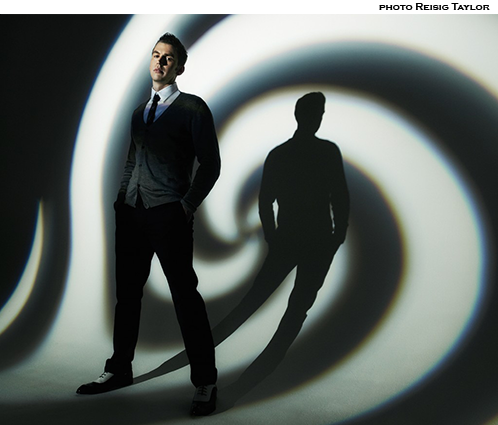