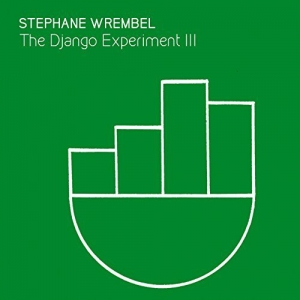 The Gypsy Jazz movement has resulted in a countless number of groups emulating the Django Reinhardt/Stephane Grappelli Quintet Of The Hot Club Of France, particularly in Europe. Ranging from near-recreations to esoteric extensions of the original string band swing style, the revival of the music shows no sign of slowing down.

Guitarist Stephane Wrembel is one of the leading forces in the movement. He can sound just like Reinhardt but infuses the music with his own approach and adventurous ideas. Born in France and based in New Jersey, Wrembel has written music for several Woody Allen films including contributing a song to Midnight In Paris.

The set begins with "Les Flots du Danube" featuring the quartet at a slow pace before doubling the tempo. There are fine solos from Wrembel and bassist Cohen. Driscoll's clarinet brings in "Melodie au Crepuscule" and gives Wrembel an opportunity to act as an accompanist before the guitarist takes a lyrical solo at the medium-slow tempo. The swinging "Fate" (written by the late German swing violinist Titi Winterstein, probably in the 1980s) sounds very much as if it could have been a swing standard from the 1930s.

Django's "Manior De Mes Reves" retains its beautiful theme in Wrembel's fine version while "Swing Gitan" is the epitome of hot Gypsy Jazz with the leader building up his solo masterfully. The latter piece is part of a medley with the slightly slower "Apocalypse," Wrembel's only original of this program.

Django Reinhardt's most famous composition, "Nuages," has some beautiful playing by Driscoll and Wrembel while Reinhardt's lesser-known "Fleche d'or" is taken at an intense pace and (along with "Indifference") is given the most modern treatment of the set. Driscoll's soprano brings the piece into the 1960s despite the unrelenting rhythm guitar. Plenty of fireworks flow. The program concludes with the thoughtful "Si Tu Savais" and the passionate "Indifference" which again has Driscoll's soprano in a prominent role.