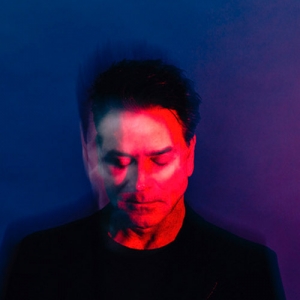 NASHVILLE, TN – Known for breathing new life into musical compositions of the greats, Steven Davis is now taking that expertise and applying it to more modern fare. Teaming up with producer / collaborator, Josh Charles, he's set to unveil a different side of his distinguished career with his appropriately titled album, DEPARTURE. This transition can be likened to Johnny Cash's celebrated version of Nine Inch Nails "Hurt," but with a sprinkling of David Bowie Blackstar influence.

The 10-track album, which comes out June 2nd, is full of completely reimagined and modernized covers of 1980's hits from Eurythmics, Tears For Fears, Bruce Springsteen, Sting, and more. DEPARTURE has a different palette, but Davis is the same man. He is living inside the great lyrics of these songs – leaving the intention unchanged. "If you are singing songs that have been famous over the years, you have to be very respectful, mindful and careful.  Bring something exciting and new to the song since it has had a life before."  Sonically, the album draws influences from Radiohead, U2, Pink Floyd, Brian Eno and others creating a lush modern soundscape. The album was recorded with LA's best players and also features members of Lana Del Rey's band. DEPARTURE was recorded at East West, United and The Village by the legendary Ed Cherney (Rolling Stones, Bonnie Raitt) and mixed by Grammy winner Curt Schneider (Lissie)

Huffington Post premiered the first single "Under The Milky Way" (originally recorded by The Church) here - http://bit.ly/2qQwwJN and All Access spoke to Davis recently http://bit.ly/2pCut8c about the making of DEPARTURE.

Davis is a man who moves through time, musically, with great ease.  His experience brings a confidence to the material in DEPARTURE, his charm brings it warmth and his audible love of what he does makes it a must-hear.