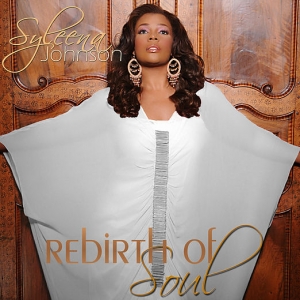 The iconic Etta James once said about authentic soul and blues music, "You can't fake this music. It's how you connect to the songs and to the history behind them." Syleena Johnson is one of those undeniable talents whose unfaltering truth shines through every note she sings. Undoubtedly one of the best singers of her generation, Johnson has collaborated with everyone from Kanye West and Common to Anthony Hamilton and R. Kelly. In recent years she has enjoyed mainstream exposure appearing on such television shows as TV One's "R&B Divas: Atlanta" and WE TV's "Marriage Boot Camp: Reality Stars" and as of last month, Syleena is featured on the new TEGNA Media/ TV One daily live talk show "Sister Circle." On November 10, 2017 Shanachie Entertainment will release REBIRTH OF SOUL, a recording that Syleena has long wanted to bring to fruition. Conceived and produced by her father, the legendary soul/blues singer and producer Syl Johnson, whose original hit version of "Take Me To The River" was covered by Al Green and Talking Heads. Everyone from Jay-Z and Kanye West to Wu-Tang and Usher has sampled Syl Johnson's recordings.

REBIRTH OF SOUL features Syleena Johnson's searing interpretations of classic R&B songs, mainly from the Fifties and Sixties, recorded in real time with live musicians just the way "real music" used to be made. As Syl Johnson notes,"People don't use live musicians much anymore; but every musician brings his heart to a recording." Recording in Chicago, Syl Johnson's long-time base and Syleena's hometown, the sessions include musicians who played on hit R&B recordings there over the years and a majority of the album features songs associated with Chicago artists, songwriters or record labels. Syleena shares, "The inspiration behind REBIRTH OF SOUL is my father. I wanted to honor him and classic soul music in a time when auto tune and electronic beats reign supreme. While I am not against this kind of creative musicianship, there is so much more to the real thing. True Soul music tells stories...stories that can heal a nation." The songs on REBIRTH OF SOUL, hand-picked by Syl Johnson, run the gamut from lesser-known gems such as Betty Everett's "There'll Come A Time," Johnson's own "We Did It" and Bettye Swann's "Make Me Yours" to such landmark hits as "Chain of Fools" and "I'd Rather Go Blind," done definitively by Aretha Franklin and Etta James respectively. Syleena manifests an uncanny ability to get inside of each song, digging deep to deliver passionate performances that bring a fresh spark to even the best known selections. "For each song I channeled the emotions of the record," Syleena confides. "I put myself in the mind of each storyteller and in doing this I was able to merge myself into the story of each record. This is how I was able to put my own personal stamp on each record." A stand-out track is Syleena's version of her father's 1969 Black Power anthem (Is It Because I am Black) originally arranged by Donny Hathaway, which seems all-too-relevant today. "It has been made apparent that we are still dealing with some of the same issues today as we have in the past," Syleena notes. "The state of our country shows how this song can still resonate even now. This is also a testament to how Soul Music still lives on."

The authentic feel of REBIRTH OF SOUL stems from Syl Johnson's production, arrangements by longtime Chicago bandleader/arranger/ keyboardist Tom Washington, and in-the-pocket playing by such musicians as recently deceased drummer Mo Jennings, whose credits include the likes of Muddy Waters and Howlin' Wolf and, bass extraordinaire Bernard Reed, who was a member of the Artistics and who worked extensively with Chicago producer Carl Davis. Reed's credits include work with everyone from The Chi-Lites and Barbara Acklin to Little Richard and Howlin' Wolf. Saxophonist Willie Henderson who is also on REBIRTH OF SOUL played and produced hits by the Chi-Lites, Barbara Acklin and Tyrone Davis. Interestingly, it was Syleena's first collaboration with her father since his 1994 recording BACK IN THE GAME when she was just a teenager. "The process of creating music with my father is not a difficult one. It's actually the only space we get along perfectly," confides Syleena. "Music is our strongest tie, and no matter what, he has always respected that particular bond inside of studio walls. He is very creative as an artist and he loves music with his true heart."

Syleena Johnson grew up outside of Chicago and one might say music chose her, although she was initially discouraged from getting into the business by her father. Her mother, incidentally, became the nation's first Black female police commissioner. Syleena released the independent album LOVE HANGOVER in 1996. A Jive Records executive immediately offered Syleena a recording contract upon hearing her demo tape. The dissolution of a relationship with an abusive boyfriend provided raw material for her major label debut album, CHAPTER 1: LOVE, PAIN & FORGIVENESS, in 2001, which yielded the hit "I Am Your Woman," penned by fellow Chicagoan R. Kelly, and led to critical acclaim as an exceptional new voice on the R&B scene. Her follow-up, CHAPTER 2: THE VOICE, which featured guests such as Busta Rhymes, yielded the hit "Guess What" and was hailed as one of the best R&B albums of the year.

Meanwhile, Kanye West tapped Syleena to handle the vocals on the Top Ten worldwide hit "All Falls Down," which also garnered her and West a Grammy nomination and four VMA nominations for the video. With momentum building, Syleena released CHAPTER 3: THE FLESH, which featured guests R. Kelly, Anthony Hamilton, Jermaine Dupri, Common and Twista-a mark of respect from her peers-as well as the hit "Another Relationship." Subsequently she also scored a hit with Cam'ron and Kanye West with "Down & Out" and appeared on albums by DMX and Shawnna. Syleena released CHAPTER 4: LABOR PAINS on her own Aneelys Records in 2008,. The album opened with sounds from the birth of her and her husband's first child, a son. In 2011 she gave birth to their second son. CHAPTER 5: UNDERRATED followed and featured the single "A Boss" and a stunning duet with Tweet, "Angry Girl." In 2012 Syleena released the ACOUSTIC SOUL SESSIONS EP and the following year she joined forces with Musiq Soulchild for the reggae album 9INE. CHAPTER 6: COUPLES THERAPY followed in 2014, coinciding with her national profile via the reality show R&B DIVAS ATLANTA and MARRIAGE BOOT CAMP, as well as an appearance with her family on IYANLA: FIX MY LIFE. With the release of REBIRTH OF SOUL, Syleena Johnson reaffirms her place as one of the most dynamic singers of her generation, rooted in the great soul tradition and uniquely capable of moving it forward.