THE MANHATTAN TRANSFER – The Junction 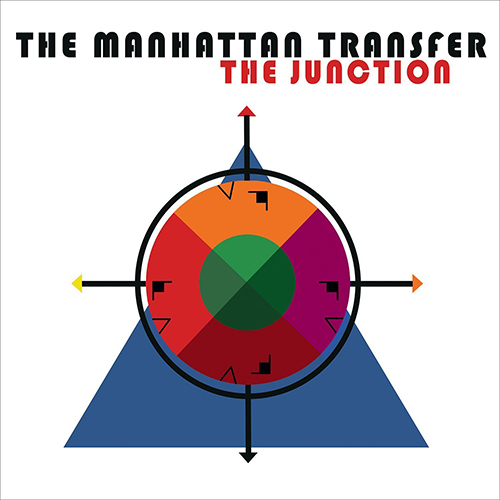 The Manhattan Transfer was originally founded in 1969 by Tim Hauser. After one recording, that version of the group broke up and can now be thought of as a false start. In 1972 Hauser tried again, putting together a very versatile and talented vocal quartet with Janis Siegel, Alan Paul and Laurel Masse. Other than Masse being succeeded by Cheryl Bentyne in 1979, there were no personnel changes among the singers until Hauser's death in 2014, 42 years after the second version was formed (and 35 after Bentyne joined). The group's longevity has been matched by the quality of the singers who have expertly performed a wide range of music (from bop and swing to Brazilian, funk and pop) for many decades. No other vocal group was on their level during that long period.

Trist Curless, who joined the band in late 2014, has proven to be an excellent replacement for the late Tim Hauser, a difficult if not impossible task. While not overly featured on The Junction, he adds to the richness of the ensembles and emerges as a strong asset to the vocal supergroup.

The Junction is the Manhattan Transfer's first recording since 2009's The Chick Corea Songbook and the first since Hauser's passing. The CD begins with "Cantaloop," a rare remake of Us3's surprise hit which was a sample and looped recording that utilized part of Herbie Hancock's "Cantaloupe Island." The Transfer brings back the somewhat nutty lyrics of the Us3 version while retaining more of Hancock's piece and sounding quite comfortable scatting in the funky setting. Other highlights include the atmospheric "The Man Who Sailed Around His Soul" which is in 7/4 time, the exuberant "Shake Ya Boogie," Paul's feature on the bossa nova "Sometimes I Do," the assertive singing of Siegel on "The Junction," and a spirited remake of "Tequila."

The Junction, which would have benefitted from the inclusion of a straight ahead jazz tune or two, finds the Manhattan Transfer moving forward into fresh areas while entering a new chapter of its long life. It is available from www.amazon.com.