Jazz Corner: The Infinite Tapestry of Jazz, The Role of Chick Corea In This Pattern

American pianist Chick Corea live in concert in Mumbai in 2018. Photo: Prashin Jagger With the passage of time, jazz music, now about 120 years old, has become a reservoir of some of the [...]

From Billie Holiday to “Over the Rainbow,” the Influence of Jewish Americans on Pop Culture

On March 23, the book “There Was A Fire: Jews, Music and the American Dream” is getting a revised and updated edition almost a decade after its original release. “The whole premise of the book [...]

Tribune News ServiceJazz musician Miles Davis plays the trumpet in 1959. Many Black musicians have faced consequences of copyright laws and claims that pieces of music have been stolen without credit. It's common knowledge [...] 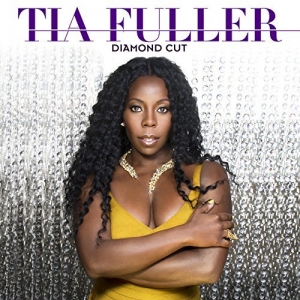 Tia Fuller is one of the top alto-saxophonists in jazz of the past decade. She plays with the passion of a Jackie McLean. Every note means something to her and is expressed emotionally and with passion. Born in Colorado to a pair of local jazz musicians, she began playing alto in high school and attended Atlanta's Spelman College. Since 2006 Fuller has been part of Beyonce's backup female band. However that association should certainly not be held against her (!) for she has worked steadily in creative jazz settings. Along the way she has toured with Esperanza Spalding, and worked with Teri Lyne Carrington's Mosaic Project, the Ralph Peterson Septet, T.S. Monk, Jon Faddis' Jazz Orchestra, Rufus Reid, Sean Jones, Dianne Reeves and Nancy Wilson among others.

Diamond Cut is Tia Fuller's fifth CD as a leader and fourth for the Mack Avenue label. She is featured with a sparse group that also includes guitarist Adam Rogers, either James Genus or Dave Holland on bass, and Bill Stewart of Jack DeJohnette on drums. There are also two appearances apiece by organist Sam Yahel and producer Terri Lyne Carrington on percussion. Fuller performs eight of her originals (with "Joe'N Around" heard twice) and reworkings of three standards.

While Rogers has many rewarding guitar solos and the other musicians make contributions, Tia Fuller (whether on alto or soprano) is the main star throughout this set. She comes up with fresh statements on the always-soulful "Save Your Love For Me," Cole Porter's "I Love You" (which is given some complex rhythms) and a reinvented "Soul Eyes," and engages in post-bop explorations on her songs. Among her most rewarding originals are the ballad "Crowns Of Grey," the episodic "The Coming," and the medium-tempo "Tears Of Santa Barbara."

Tia Fuller continues to grow in power with each release and Diamond Cut is an easily recommended example of her musical talents.