Trio Work is in no way work! 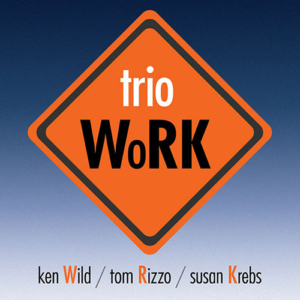 Bassist Ken Wild is a founding member of the fine band Seawind. Since 1976, Ken has been an active studio musician, working in TV and film, and on many recordings, including Clare Fischer Big Band, Harvey Mason and Tierney Sutton. Live performances with Dianne Reeves, Terence Blanchard, James Moody, Herb Ellis, the Hollywood Bowl Orchestra, Natalie Cole's touring band and Dave Weckl to name a few, as well as numerous Musical Theater productions.

"The name of this group is a misnomer. This is in no way work! When the three of us sit down and conceive an arrangement, the ideas seem to just flow... This is a true Trio in the best sense of the word" - Ken

One of LA’s most versatile guitarists, Tom Rizzo has played with Blood, Sweat and Tears, Maynard Ferguson, Brian Wilson and Natalie Cole among many others. He was the guitarist for the Tonight Show Band for 10 years, and played for Don Severinsen’s jazz group Xebron. A longtime composer, Tom has written for commercials, radio, film and TV - including for “In Living Color”, where he and Ken Wild first worked together.

An actor and theater improviser for many years (Film: 28 Days; TV: Mad Men; Improv: War Babies), Susan Krebs’ passion has always been for the music, performing as a vocalist at venues such as Vitellos,
LACMA, Blue Whale -- as well as in theaters and living rooms with her jazz salon, ThemeScene, where her most recent recording project,“SPRING ~ Light Out of Darkness”, with the Susan Krebs Chamber Band was born and raised.