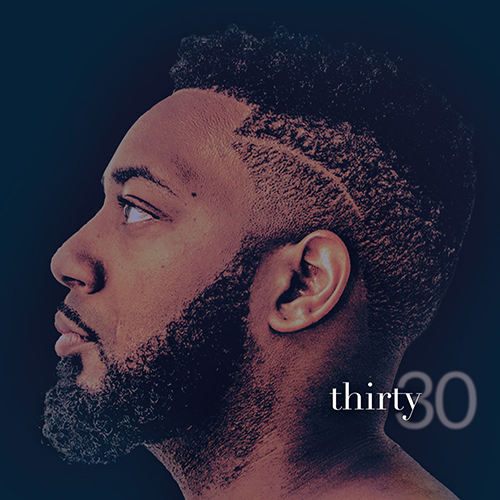 Vandell Andrew grew up in New Orleans, spending years of his childhood in the shadow of Louis Armstrong, soaking up the vibe of the French Quarter’s great brass bands. Jazz was in the blood, but his soul was also filled with magic from his flute playing mom’s R&B collection (Anita Baker, Chaka Khan, etc.), hip-hop and Erykah Badu. Encouraging Vandell’s musical ambitions, his dad gave him John Coltrane and Charlie Parker CDs and told him for every song he learned, he would give him $100. With that money adding up, Vandell bought an audio interface, recorded his first CD and through determination and sheer hard work has emerged as one of the great independent contemporary jazz success stories of the decade.

From the vantage point of 30, his age and the name of his infectious, sensually grooving new full length album, Vandell continues to be fueled by the impressive roar of accolades and achievements that have earned him a passionate global following. Five of his tracks reached the Top 25 on the Billboard Smooth Jazz Songs and Billboard Smooth Jazz National Airplay charts, including the #1 smash “Let’s Ride” (2014) and Top 5 hit “Back At It” (2017). “Let’s Ride” also received a 2014 Soul Train Award Nomination for Best Contemporary Jazz Performance. In addition to headlining top jazz festivals and venues around the world, including the Catalina Island Jazz Trax Festival, the Hobby Center in Houston and Ronnie Scott’s and the Vortex Jazz Club in London, UK, Vandell has opened for and/or shared the stage with his saxophone idol Kirk Whalum and genre greats Paul Brown, Peter White, Rick Braun, Bobby Lyle, Marion Meadows and others.

“The Groove,” the brassy, high octane old school soul-funk first single from 30, is an all-out, in the pocket dance floor ready jam perfectly in tune with the high octane vibe of his 2014 breakthrough EP Turn It Up – a collection that he says, “had exactly no songs less than 120 bpm, because I wanted it to be played in clubs.” The track was produced by Matt Godina, who has brought similar energy to hits by Nicholas Cole, Lin Rountree, Lebron and Julian Vaughn.

A deeper listen to 30, however, reveals a maturing artist focused more on what comes later in the evening as the lights dwindle down, candles are lit and the mood is set for a more profound connection and a deeper romance to blossom. Helping Vandell bring his seductive sound to life is producer Lew Laing, whose credits include urban jazz artists Paul Brown, Blake Aaron, Richard Elliot and DW3 in addition to indie dance artist Stephanie K. 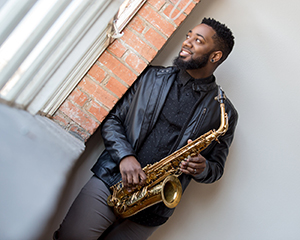 Vandell creates the perfect flow for a beautiful evening with songs like “All I Need,” a lush dreamy ballad that takes wing via the powerful sax-bass duality he creates with guest artist Julian Vaughn; the coolly ambient “Chill AF,” featuring artful dual sax textures, with the harmony line playing off the melody; the whimsical, flute and finger-snap percussion enhanced “Daydream,” featuring another of Vandell’s influences, Marcus Anderson; and the graceful, easy shuffling “You and Me,” on which Vandell’s sax is backed by a beautiful acoustic guitar and sizzling horn textures. Vandell vibes with two powerhouse vocalists on two other key tracks, the emotionally compelling “Somehow” (ft. Britt Frappier) and the gently exotic, simmering then soaring “To You” (ft. Tempest B).

“The new album is called 30 and it reflects the thoughts that go into reaching that age milestone,” Vandell says. “I’ve always felt like turning 30 is when you become a true adult and your career and life goals become clearer. Musically, I’ve reached a place where I’m confident in what I write, play and perform. My true sound has become evident and the music is much more mature. Don’t get me wrong, I still play a lot of funk live – I’ve just got other things on my mind. This album is so emotional that you can feel me on a whole different level.

“Some who have listened to it say the music even inspires them to visualize the moves I would make when I’m playing it,” he adds. “For me, it feels the same way, moving me the way albums by old school soul legends like Marvin Gaye, Otis Redding and Al Green did when I was growing up. The vibe I’m creating now is a direct result of me being blown away when I first heard (British singer/songwriter) Marsha Ambrosius’ amazing 2014 album Friends & Lovers. Since then, as a man and as an artist, it’s been about the wine and roses. Those songs and realizing that so many of my fans were ladies really have impacted the music I am making now and want to create moving forward.”