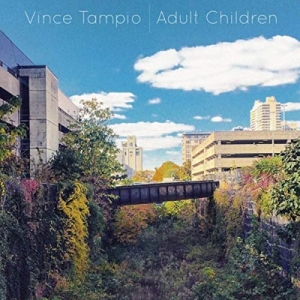 Vince Tampio (M.Mus.) is a professional musician, arranger, and composer based in Philadelphia, PA. He is a member of York Street Hustle, You Do You, the John Byrne Band, and is musical director of Phloyd – A Pink Floyd Tribute. “However much he may genre-hop, use exotic instruments or play with sound processing, those aren’t just gimmicks and his playing can stand on its own in a fine style. So too does his composing.” (Geno Thackara, All About Jazz). For Adult Children, Tampio performs on trumpet, guitar, and bass, and is joined by bassist Ben Basile, percussionists Ben Diamond, Corey Mark, and Alec Meltzer, and guitarists Joe Heider and Drew Parker.

Adult Children started as an assortment of collectively improvised grooves involving bass and percussion. The resulting recording session was divided into distinct tracks, each organized into tangible musical forms. From there, harmonic accompaniment was applied and melodies were composed. The music is an interpretation of the current sociopolitical culture; song titles reflect aspects of certain stunted personalities.